10 Free Things to do in Lisbon

Lisbon is a city which is meant to be lived outdoors.  Even in February, the temperatures are pleasant during the day and the street life in the evening is fascinating.  Compared to the UK, eating out is very reasonable and fresh fish is top of their culinary specialities.  Austerity measures have hit the Portuguese hard and some activities that used to be free are no longer free of charge.  However, here are 10 things you still can do for free in Lisbon.

1. Street Art
Lisbon is a great city to explore on foot and the local government tolerates and even encourages street art.  Many of the larger murals reflect local political situations, some depicting feelings towards the  austerity measures with slogans like "Until Debt Tear Us Apart"  Lisbon has attracted street artists from all over the world including famous names like C215 and Vhils who have contributed to the artwork around the city. 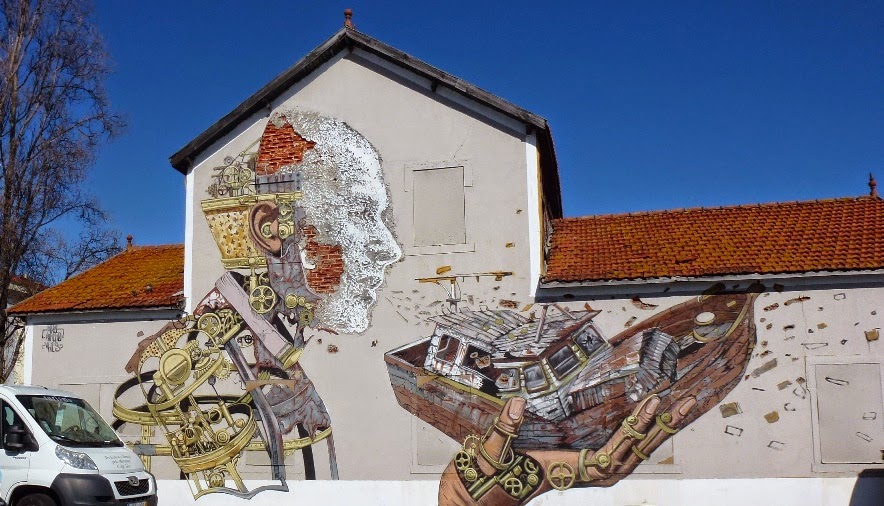 2. A Photographic Tribute to the elderly.
On your way up to the castle, look out for the narrow cobbled lane called Beco Das Farinhas  where photographs of the elderly residents who walk this Beco are displayed on the walls. 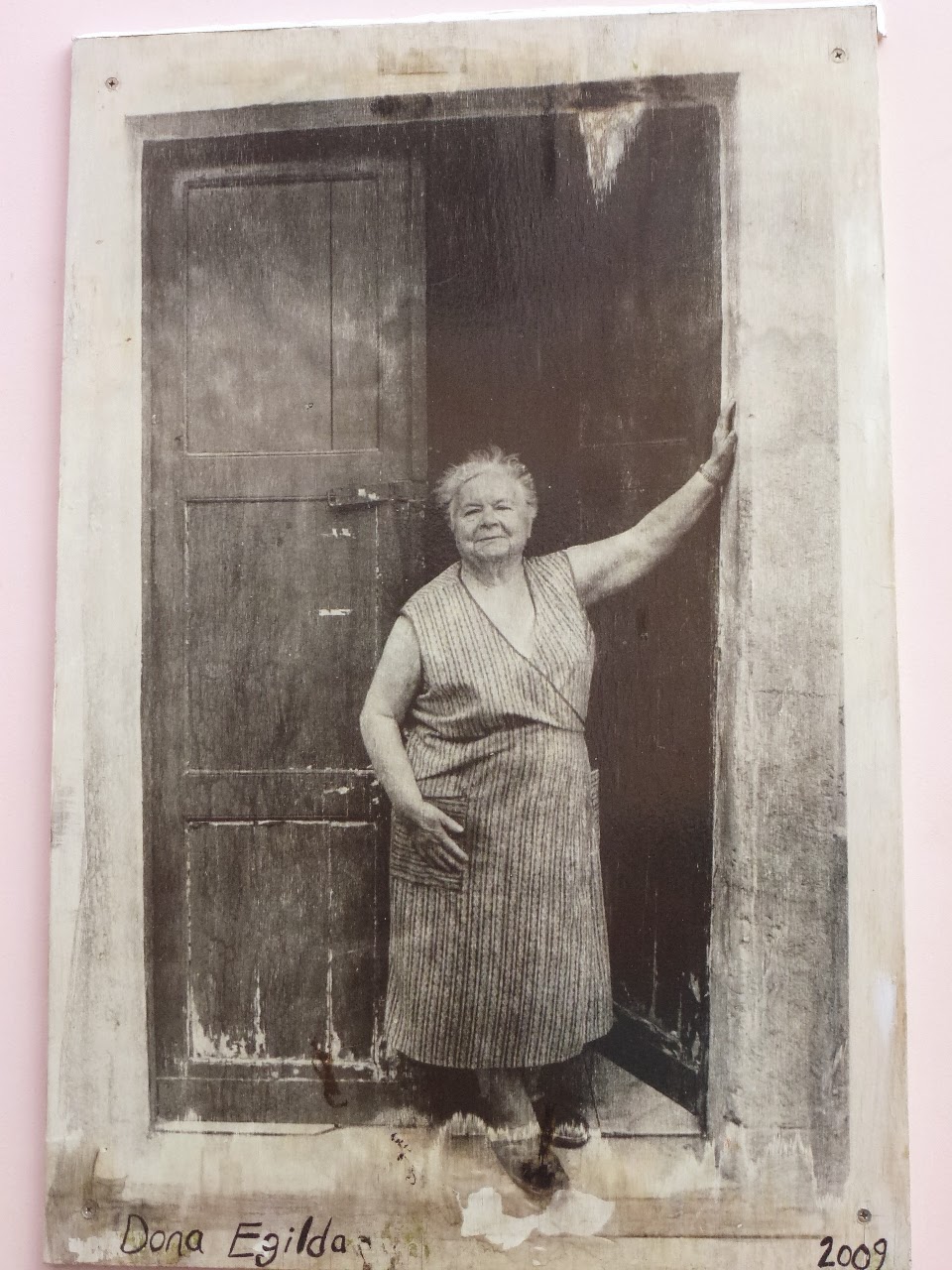 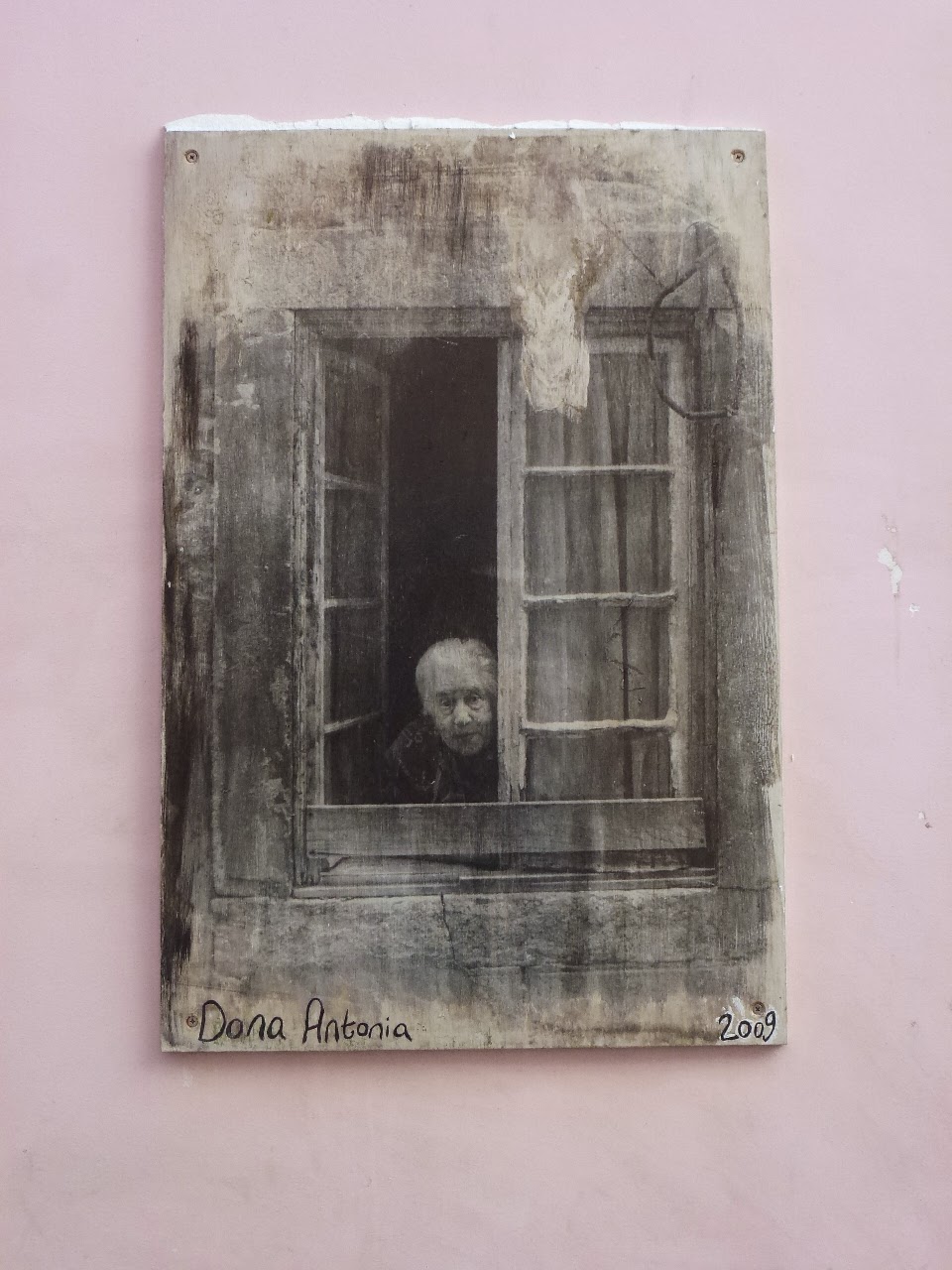 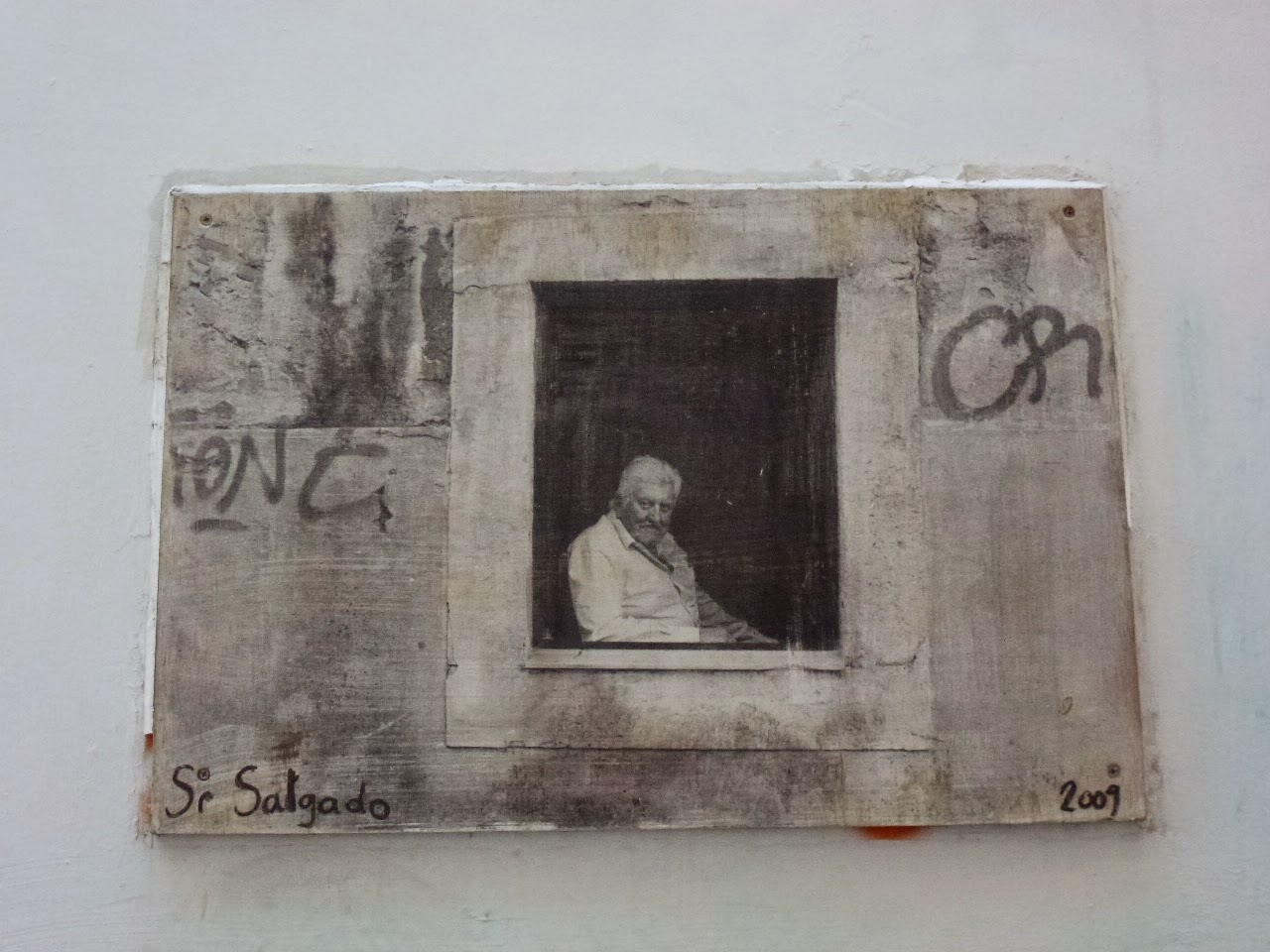 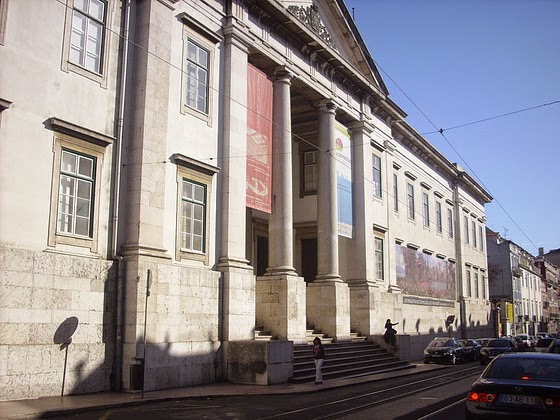 4. Torre De Belém
On Sundays from 10am-2pm this wonderful tower is free.  The Torre de Belém was built at the mouth of the River Tegus to defend the city from attack.  Torre de Belém was built on a basalt island but since the massive earthquake that shook Lisbon in 1755, it is now almost attached to the shore at Restelo.    The tower is Manueline, which is a distinctive style seen in many great buildings throughout the city.  The views from the top storey of the river estuary and western Lisbon are worth the climb.


5. Free Walking Tours
Lisbon Destination Hostel, the 5th best hostel in the world, offers free walking tours of the city.  It is centrally located on the second floor in Rossio train station and offers free walking tours to different areas of the city every day. Its entrance is probably the grandest entrance to a hostel I have ever walked through and one of the most recognisable buildings in Lisbon


6. Listen to the Bridge
The area of Doca de Santo Amaro is a great place to come and listen to the 25 de abril Bridge. The noise of the bridge is melodiously haunting and there is also some great street art in a nearby subway in Alcântara which used to be very run down. The bridge was originally named Salazar bridge until the Carnation Revolution in 1974 when it was renamed to 25 de abril Bridge - the day the revolution occurred. Although likened to the Golden Gate Bridge in San Francisco, 25 de abril bridge was actually constructed by the American Bridge Company which built the San Francisco-Oakland Bay Bridge.

7. Parque Florestal Monsanto
This is Lisbon's largest open space which holds free pop concerts in the summer.  A relatively long walk just north of Belém but you can catch bus number 723 from Marques de Pambal or 729 from Belém. 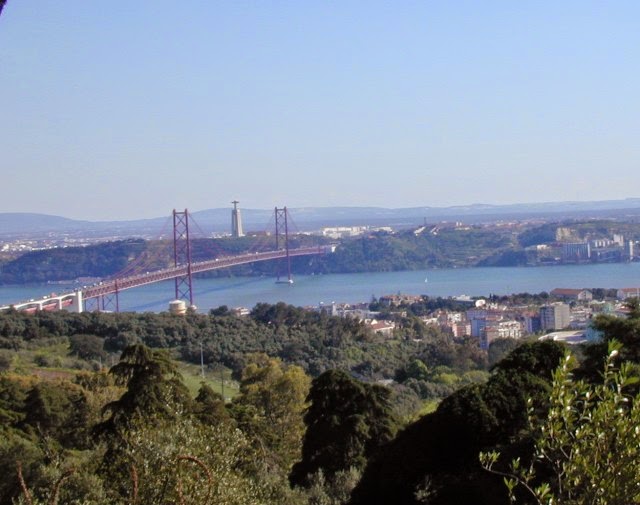 8. Berardo Collection
In the giant Centro Cultural de Belém, there is an incredible modern art display by famous artists such as Andy Warhol, Francis Bacon and David Hockney.  Not all the exhibits are on display at the same time but it's free every day, so you can pop back to see if it has changed. 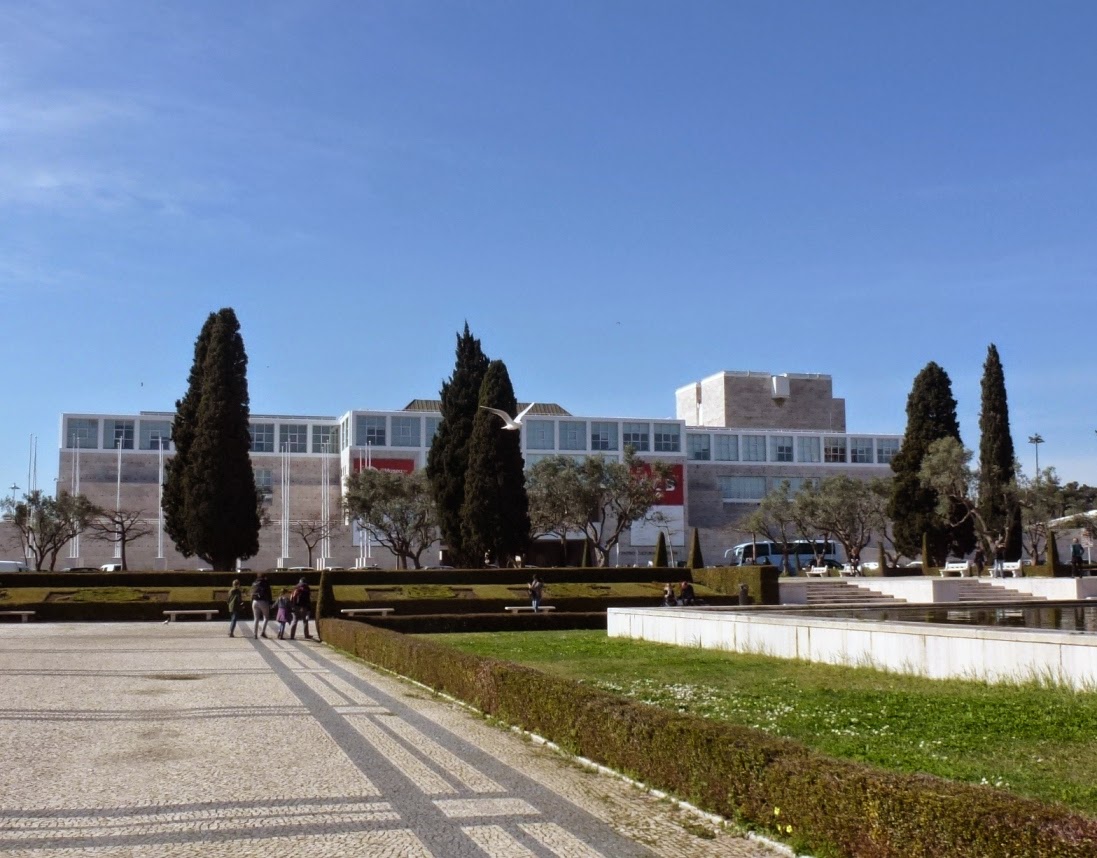 9 Mosteiro dos Jerónimos
This has been given UNESCO world heritage status and is Portugal's greatest show of detailed Manueline architecture.  Manueline architecture features images from the sea, such as ropes, ships steering wheels and shells, although it occasionally throws in an oddity unrelated to the sea but probably something that was discovered on voyages. Just inside the main entrance lie the tombs of Vasco da Gama, the first European to reach India, and Luis de Camões, a great poet and recorder of the discoveries.

10 Monument to the Discoveries
The Padrâo dos Descobrimentos on the river front walkway commemorates the 500th anniversary of the death of Henry the Navigator.  The statues depict famous Portuguese artists, writers, explorers and navigators and the detail and scale are stunning.  A marble map of the world lies in front of the monument showing the routes taken by Portuguese explorers. 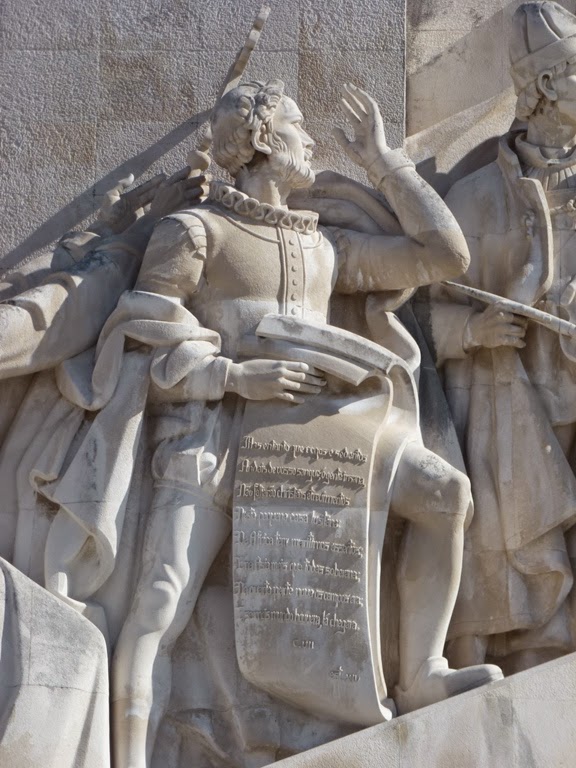