Determination will overcome any obstacle says the saying and that’s certainly what Arc Consulting have done when they enlisted the help of the Community Payback Service to create the Willow Walk, Sandown Bay’s newest wetland walk.

When Wyatt and Jack asked me to road test their bouncy castle tote bag, I literally jumped at the chance.

The white PVC tote (also available in 13 other colours including tangerine, cherry and purple) arrived in a strong brown paper envelope with no extra packaging to throw away, no plastic bags or bubble wrap around it  - a feature, I was to discover,  in keeping with the reusing and recycling message promoted by the company.


Have you ever fancied going on an adventure but don’t know where to begin?  Do you dream of living an adventurous life but are too scared to take that first step?

Yestival could have all your answers.  Yestival started in 2015, the brainchild of adventurer, TED Ex speaker and author, Dave Cornthwaite, following a summer of SayYesMore campouts where total strangers met at an agreed location, chatted around a campfire, spent the night out in the wild and left as friends the following day.

The first year of Yestival saw over 30 experienced adventurers share their secrets and tales and dish out help with the same amount of enthusiasm as they put into the adventures themselves. 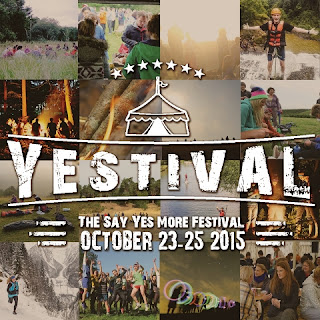 Facing my Fears & Climbing out my Comfort Zone at Sandown Rocks


An unexpected invitation to tea took me to a new high when I agreed to meet my friend Matt at Sandown Rocks 45ft climbing wall the other day.

“Right, what I thought we’d do is climb to the top, tie ourselves in and have tea.  What do you think?”  Suggested Matt.

“Of course we will,” I said dubiously.  “Who wouldn’t drink tea at the top of a climbing wall? It’s not like Mary Poppins has exclusivity on lofty tea parties.” I joked nervously.

As I went for a walk at sunrise this morning, my eye caught the sunlight shining on the seaweed that hung from the groin at low tide.  Fucus serratus or more commonly known as The Toothed Wrack, it is usually harvested for cosmetics or seaweed baths but can also be used to make tea or Japanese noodle soup.

Another thing I discovered recently was the joy of rock pooling.  It was something I hadn't done since I was a child when we would visit the seaside for a day trip or our annual summer holiday.  I could spend hours staring ignorantly at the creatures and seaweed in the pools but with no book or expert to identify them for me, I remained totally ignorant until I found myself on a guided walk last weekend to Horse Ledge near Luccombe on the Isle of Wight, one of the best places on the island for rock pools.

Iceland is a wonderland of extremes and as such, Iceland's animals have to be very adaptable to survive. It is a country that must be experienced from the boiling hot mud pools to the frozen massive glaciers, from deafening waterfalls to silent and eerie lava fields.  I found the whole country fascinating including these fascinating facts about some of Iceland's animals.

Whenever I visit a new place, I like to get out and explore it on foot, to orientate myself and meet the local people.  Reykjavik was no exception except many of the locals I initially met were geese.  They seemed to be just wandering around on grass verges at the side of busy roads, so I commented on this to one of the locals, who wasn’t a goose, who said that they were quite common at this time of year, late August, because the shooting season has started and there is a law banning anyone shooting the geese within the city boundary.

Useful Tips for Washing and Drying Clothes while Backpacking

How do I wash my clothes when I'm travelling for a year?


We're so used to throwing our gear in a washing machine then the tumble dryer that the thought of washing by hand while travelling is something that maybe hasn't crossed your mind.  But if you plan to travel for longer than a week then it is something that will need to cross your mind.  If you have read my other blog about what clothes to take, you will probably realise that I only take enough for a week regardless of how long I am travelling and I wash and rewear my gear until it's no longer usable.

Here are some handy tips for washing on the road some of which I learnt from my grandmother.....