A Microadventure with Dave Cornthwaite and the YesTribe 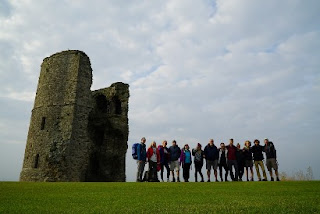 What are you doing at the weekend?

It's a familiar question in offices on a Friday afternoon and the responses usually vary from:

'Going down the pub with my mates, watching a bit of TV, getting to the next level in.....'
to
'Taking Sophie to ballet then Jake to karate then Sophie to horse riding and Jake needs new shoes...'

But rarely is the response...

'I'm meeting a bunch of strangers at Fenchurch Street station and we're all getting the train to Leigh-on-Sea for a bit of wild camping.' Which was exactly my response when I was asked last Friday.

This was met with bemused looks and mild curiosity but mostly, 'you must be mad' kind of responses.

So on Friday evening, I made my way to London to meet some people I didn't know and spend the night with them in a place I'd never been to.  You're probably wondering how I knew who to meet if I didn't know them. Had we all arranged to wear a yellow flower in our hair?  or a special T-shirt declaring some mad desire to camp with strangers?  No.  In fact, there were really only two types of people in Fenchurch Street station on that Friday around 5pm - Smartly dressed commuters moving rapidly towards the weekend and a bunch of people with backpacks and sleeping mats loitering around advertising boards.


This wasn't the first time this has happened.  All summer, adventurer Dave Cornthwaite has been organising a summer series of Say Yes More camps with the mission of turning his facebook friends into real friends and bringing like minded people of all ages together. (You can get more details about these camps here)

before heading up to Hadleigh Castle for some more story telling and lightsaber fun with head torches and crafty camera work.


Then finally bedding down for the night under a bungeed group of tarps, which became affectionately known as the Tarp Mahal.

The next day we said our goodbyes and made the 45minute journey back to London having made lifetime friendships.

Our micro adventure was over but I have the feeling it was the start of something much bigger..... 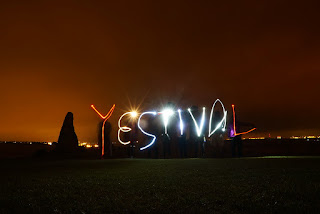