Top Tips for May

I was a bit of a weird child.  Like many of my peers, my grandmother looked after me during school holidays while my parents went out to work.  But unlike my friends who were content to play with dolls  and prams and have imaginary tea parties, I fantasised about far off countries. Places where adventures took place with mountains and wild animals and lots of caves to explore.  Of course, I hadn't even been out of the UK by then and it would be many years later before foreign travel was not the norm.  But I'd heard about Australia, a relative had moved out there.  I knew of its vast red deserts and its incredibly warm climate, the kangaroos and koala bears and I was enthralled by the book Walkabout, which we all read in school.

It was during one of those endlessly long summer holidays that I decided to do a project on Australia.  I asked my grandmother to take me to the library where we chose some books on Australia and an atlas to help me find it.  I studied the political maps with unpronounceable names and wondered at the height of the shaded brown mountains on the physical ones.  I followed rivers from source to sea with my finger and so when my grandmother bought me a notebook with coloured blank pages, I set about writing stories based on what I'd read and imagined I'd read in the books and maps of Australia.


My love for Australia has never waned and as an adult I have been lucky enough to spend a total of 7 months exploring that wonderful continent.

This month, the Royal Geographic Society in London are presenting Australia's Natural Wonders on 25th May telling the story of how Bush Heritage created a network of Australia Conservation Reserves.  It will be led by Dr Jody Gunn and Chris Darwin, Charles Darwin's great great grandson.

Having finally achieved an ambition and walked the West Highland Way last year after a 30 year wait, I'm looking forward to experiencing The new Hebridean Way walking route which officially opened at the end of April.  It is a long distance walking route of 156 miles,covering10 islands, 6 causeways and 2 ferry crossings.


It looks like you will be treated to some of the best views in the world, if the weather is kind, as you walk along white sandy beaches.  Stunning mountains will be your backdrop as you pass ancient burial grounds and stone circles while wallowing in wilderness walking like you've never experienced.  The walk starts, or ends, at Vatersay, the southernmost inhabited island of the Outer Hebrides and finishes, or begins, in Lews Castle in Stornoway. The visit Highlands website has some very useful information and the walk has been planned out in 12 daily sections.


I just hope it's not another 30 years before I finally get round to experiencing this one.

The UK has followed the US in banning electronic devices from hand luggage for passengers flying from certain airports.  Here's how it will affect you.

Any device larger than 16cm x 9.3cm x 1.5cm will have to go in the hold if you are flying to the UK from:
Most smart phones do not fall into this category but laptops, tablets and even e-readers do and will need to go in with the hold luggage. 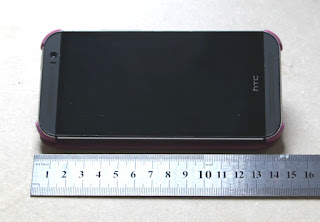 Personally, I never put anything valuable in the hold and since I once saw a pile of dusty lost luggage almost as large as a Scottish mountain, at one of the UK's well known airport terminals, I have tried to fly with hand luggage only.  This ban on laptops in the cabin will not change my habit, I'll just need to be more creative with my phone when I'm travelling and writing.  I've known people write whole novels on their phone and other produce videos worthy of awards; so I see no reason why I can't write, photograph and video edit on my phone too.  Of course, there is always the option of using paper and pen and reading from a real book.

Luckily the ban does not seem to affect games consoles and DVD players but it does affect any electronic devices larger than the stipulated measurements that you buy at duty free shops.

If you are flying to the US, they have applied the new regulations to 10 different airports including Casablanca in Morocco and Kuwait International Airport.

You can find out more details about the UK ban on the gov.uk website