I remember laughing at an advertisement in Cusco airport in Peru; it filled the entire billboard above the luggage carousel and was advertising bottles of oxygen.  While we waited for our luggage to be tossed from plane to trolley to conveyer belt and chute, I felt compelled to verbalise my thoughts about the advert to my fellow travellers.  “Look at that,” I said, “I thought we got ripped off in the UK where they try to sell us bottles of water, here they try to sell you bottles of air.”  Little did I realise that a few hours later, I would have paid any amount of money for a bottle of that oxygen as I found myself floored with altitude sickness and suffering from the mother of all headaches.  It was so bad, that if someone had offered me a guillotine at that time, I’d have volunteered to put my head in it.

Luckily I lived to mock another day and this time it was the turn of the armchair traveller.  Until recently, I’d never appreciated the joy of armchair travelling.  In fact, I had even, on occasion, been known to silently belittle the person who waxed lyrical about this place and that when they hadn’t even left their house let alone their city.

Hassle free border crossings from the comfort of my chair
However, once again I have been obliged to eat humble pie and admit I was wrong, although fortunately without any medical repercussions this time, when I discovered the wealth of information to be gleaned while travelling around the world without leaving my house.

It started earlier this year when I was asked to do some ghost writing.  I was presented with a diary written by a guy who had travelled around Europe and Asia with his wife and young family and wanted his journal turned into a book.  The diary was well written with comical observations and interesting dialogue between family members, which contained personal stories of their experiences of natural disasters, from flooding and earthquakes to the man made problems of border crossings in Asia.

All this provided me with plenty of material but the real journey started when I had to research the places they had visited.  Like most personal diaries, little mention was made of the architecture, culture, history or atmosphere of the places they visited although my knowledge of individual hotel rooms and restaurant menus in cities from the likes of Prague to Krakow and Kyrgyzstan to China was greatly increased.

Education and Humble Pie
It was during my armchair travels that I came across the Velvet Revolution in the Czech Republic and the friendly and contented Nachi people of western China.  Closer to home, I was surprised to learn that the Thiepval War Memorial of the Somme was built using Accrington bricks from Lancashire and that despite being completely landlocked, Switzerland has a beach – La Plage, an idyllic lake with sandy beaches adjacent to a low wire activity course for children. Perhaps the least surprising thing I discovered after all that, was that there is even an Armchair Travellers Club. 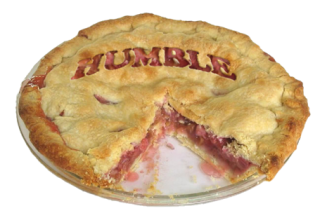 These were just a few of the gems I discovered while sitting at my desk, so I’d like to applaud all you armchair adventurers out there.  I’ve learnt a great deal while eating my humble pie.